History of the SPA 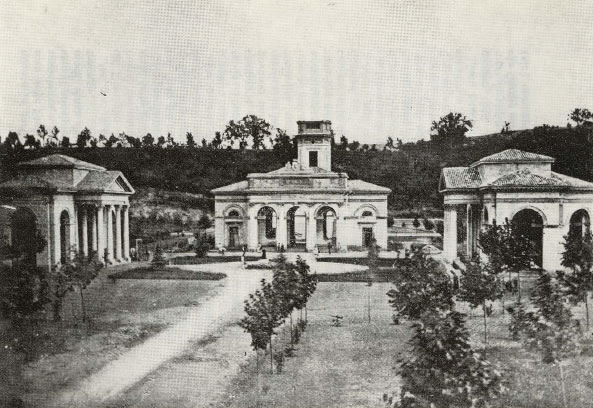 As you pass through the valley of the Senio river, you will be fascinated by the gently rolling hills and harmony of the landscape. It seems that over the centuries human intervention has sought to preserve the enchantment of nature, almost as if to enhance and carefully protect the treasure hidden within the soil. While strolling through the green countryside you may encounter crystal-clear springs gushing with mineral waters. In the depths of the wood, very fine clay has been bubbling forth from small Naturel hollows, the “vulcanetti” (“little volcanoes”) of Riolo, for centuries.

During the Renaissance people flocked to this site, drawing the attention of men of science, who sought a source of well-being in the beneficial effects of nature on the human body. The first studies dedicated to the thermal waters of Riolo dated from that period of scientific vitality and great discoveries.

The fame of the curative properties of water and mud spread throughout Europe and illustrious guests stayed in Riolo, including Lord Byron, Joachim Murat, the Bonaparte princes, Pellegrino Artusi and Carducci. During the 20th century, the increasing influx of guests inspired the creation of a prestigious thermal spa in a particularly fine location.

Thus were born the elegant thermal baths of Riolo in 1870. On 10 July 1870 the Municipal Council approved the engineer Antonio Zannoni’s project for the construction of the Thermal Spa. The gates did not officially open until 24 July 1877.

Read the story that accompanied the birth of the factory! (pdf)